DOUCHEBAGGERY IS THE GREATEST HUMBLER

Recently, Chuck Zito's lawsuit against FX was dismissed.  We proved that there was absolutely no connection between SOA and the show that Chuck pitched four years prior.
My blog rant against Zito back in season two came at a time of heightened job stress and intense scrutiny.  It was a vicious, arrogant response (I took down the blog, my reasons here).  I can list all the pathetic reasons why I wrote it, but that doesn't matter.  The fact is I said some incredibly inflammatory and hurtful shit about a guy I never met or even talked to.  When I sat in the deposition for the case and watched Chuck's reaction to my testimony, I realized that this was a guy who sincerely thought he was wronged.  He wasn't some dick trying to squeeze Fox or fuck me over.  He truly believed he was owed recompense.  I knew legally he had no case, but personally, I came out that depo feeling really shitty about myself.
I knew Chuck would have the option to appeal, so I had my lawyer arrange a lunch before that process began.  What I wanted to say to Chuck couldn't happen with litigation pending.  Chuck agreed.  He actually showed up to lunch wearing an SOA cut (it was the one I gave Charlie Sheen.  Chuck and Charlie are friends).  When I saw the cut I knew it was either a really good thing or a really bad thing.  It was good.  He wore it to let me know that he was a huge fan of the show.  With the eminent threat of death removed I was able to sit down with Chuck and apologize for the blog.  Man to man.  He was gracious and accepted.  Turns out we have a lot of mutual friends in and around the outlaw world.  He knows most of the guys in the 81 who I ride with and use as advisers.  We shared a meal, he told me some amazing stories and we buried the hatchet.  As I suspected, he's a very sweet guy.
I also told Chuck that it would be great to get him on Sons.  I'd love for him to play a bad ass Nomad from NYC.  Add a little Sinatra bling to the table.  Details are still being worked out, but I think that's going to happen.  I'll keep you posted.
The main point of this entry, as is all my blogs, is to document this journey.  I'm sure I'll continue to say and do shit that almost gets me fired or killed; that's just part of my cuntish charm.  But I'm also a guy who cleans up his shit.  I have to.  I'd drown in fecal swells.
Posted by Anonymous at 2/18/2012 08:25:00 PM No comments: 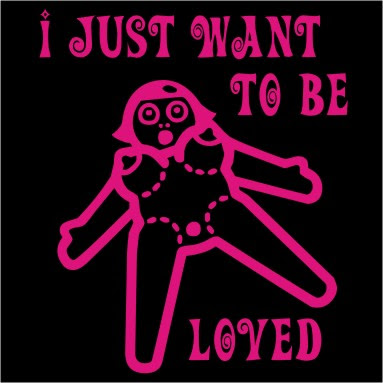 I've turned into such a lazy fucking blogger.  Really, Twitter is like the fast food of social media.  I never want to sit down and eat a good blog anymore.  I'm turning into the rest of the loser hackycunts who write blogs about television.
Season 5... fuck me, season 5.  Really?  How did that happen?  Wow.  Seems like only yesterday that all the fucking critics were saying we were just The Soprano's on motorcycles and that we'd never last.

Anyway, writer's room is in full swing.  Big arcs loosely broken.  New characters loosely defined.  501 on the board.  We'll finish beating it out tomorrow and I'll start writing this weekend.  My hope is to have four scripts completed before we begin production.  All my actors' options have been picked up, so everyone is scheduled to begin work mid-May. Right now we have four new major characters for season 5.  One is Damon Pope, who's daughter Tig killed at the end of season 4.  The other three characters... well, I'll tell you this much.  One wears a patch we've never seen.  One is hard, curvy and very sexy.  One packs a platinum .45 with a walrus tusk handle, he's incredibly dangerous, but really, he just wants to be loved.  Vague enough?

I'll gear up WTFsutter again next week.  Hang in there, kids.  More shit to keep you amused on the way.