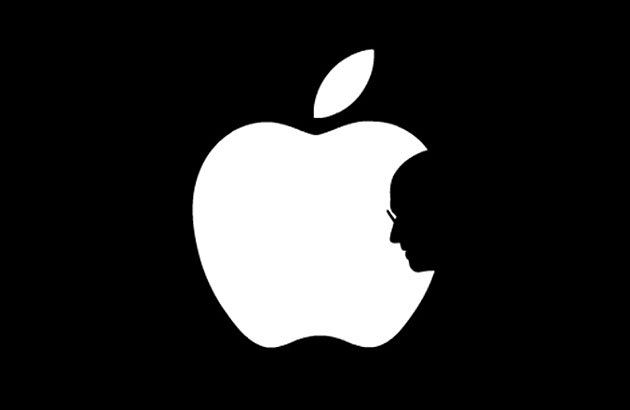 You are correct, this is awesome. Steve Jobs has left a gaping hole in the world of innovative technology. It will be interesting to see if there is someone out there that can fill the shoes he left behind.

I agree, out of all the pics and tributes I've seen over the last few days this 1 is just simply BADASS...PERIOD.

this is one of the coolest things i have seen in a long time . he was a giant and will be missed

A most magnificent memorial!

In my humble opinion, Apple should use that image as their new company logo.

Probably showing my age here (so what else is new?), but I think it can be said that Steve Jobs took us from the Walkman age to the digital music age.

Thee was a cartoon floatin' around hte internet or newspapers, forget where I saw it; Steve Jobs standing at Heaven's Gate, while St. Peter is lookin' through the great Book of Life.

Steve Jobs tell St. Peter, "I have an app for that".

Heaven will certainly be a better place because of his presence. And Earth will be a little less for his loss.

He sure did take one Hell of a bite out of life, very cool graphic. It's simple and powerful, kudos to Johnathan Mak.
*This comment is fittingly brought to you via iPhone*

To Quote tELLErized
"In my humble opinion, Apple should use that image as their new company logo."

Kurt, Maybe your artist should send over to Apple.

“Your time is limited, so don’t waste it living someone else’s life. Don’t be trapped by dogma — which is living with the results of other people’s thinking. Don’t let the noise of others’ opinions drown out your own inner voice. " ...Steve Jobs

Kurt: I'm not on Twitter, but I just heard the news. Congrats on getting renewed for Season 5!

Hey Mr. Sutter just curious as to why you blocked me on twitter. Just wondering if it was a random thing or was there a specific reason? @MeDiCaL_AnArChY

My wife THANKS YOU for not killing off Juice!!! :) :) :) I know you probably won't post this and that's cool, but we actually both wanted to thank you.

I am sure you are aware that Juice is in the preview scene where the clubhouse gets shot up. We are such geeks we walked the damn thing frame by frame on the DVR trying to see if Juice is rescued, since we didn't see him actually die before the hanging scene cut. There are 27 frames where Juice is clearly identifiable by his mowhawk and tattoos.

Anyway, thanks for the show and for leaving Juicy alive,at least for a little while longer. Juice is such an innocent character and it has been hard seeing that innocence stripped away this season as it is being stripped from much of the club. But it was really going to suck not having him around. The suicide attempt is almost like a cleansing or a baptism of his character for us, restoring him (at least for the time being) to his innocent self.

PS You are a hero of mine (I know that probably bugs you). I happen to be a friend of Bill W and Jimmy K myself and both respect and identify with a lot of the shit you post. Makes me feel good to know I'm not the only one out there that's as twisted and fucked up as I am.

Cannot believe you just flat out lied to that reported and said that we do not ask for naked Otto. I personally have demanded it! But never mind about that: Naked Alvarez! That's what we need now.

wish Jobs hadn't left that quote about 1 term obama. Jobs and I both co matriculated at Reed College in '72...he lasted a full term...I lasted 3 weeks. I am a Mac person...even ran out on the credit card offered and purchased Apple 2 in '85 ...though they did catch up with me and I paid 50 cents on the dollar. Still have the entering class photos. (well the jobs space only has an empty box with his name...since he didn't supply a photo). Who'd've guessed I'd Outlive him ...what with the Outlawin' of my Misspent, but fun, Youth?