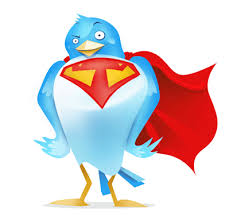 I was grateful when my season 4 premier re-entry option of plus 20% over season three was met on Tuesday night.  Clearly I was looking for some bullshit way to get back to the 140 characters.  The truth is, I need Twitter.  Not so much Kurt, but SutterInk.  When I unplugged, it became very apparent to me that I was without a critical tool in the latest rules of social/marketing engagement.  After dropping off FaceBook, which I don't miss, not having Twitter felt like I was missing a tether to the SOA community.  Yes, it's a vehicle for my outrage and I know that's what has garnered most of the buzz, but it's also a direct pipeline to the fans and the television community.  I know 50,000 followers isn't exactly the body of Sons fans, but it's a pretty good sampling.  It made me feel like I had contact to likes, dislikes and a general feeling of connectedness.  Without it, I felt out of touch.  I also felt it was potentially an unwise thing for the show.  I'm not saying that my social media exploits had anything to do with SOA's big numbers Tuesday night, but I know my efforts to keep fans up-to-date during our long hiatus couldn't have hurt us.
I'm also aware that jacking back in after my very public unplugging will make me look like a douchebag hypocrite and an attention whore.  I guess that's the price I pay.  And the truth is, if both of those things were completely untrue I'd probably still be unplugged.  I've learned some lessons about how to use and not use Twitter, unfortunately I will most likely forget them.  I will continue to say shit I regret.  I will continue to be misquoted out of context by the hack cunt bloggers.  And much to my wife's dismay, I will continue to use language that makes her toes curl.

My sensibilities are twisted.  My humor is borderline psychotic.  My desire to slap the shit out of the stupid and make the world just a little bit uncomfortable is at an all time high.  It's who I am.  It may be my undoing.  But at least when I come undone, I'll be left with me.  Free speech comes with a price.  Hopefully my pockets will have enough coin to get me through seven seasons.  I will not leave you again.  Unless I'm dead or in jail... which unfortunately is a real possibility. I haven't been reading reviews this season.  Mainly because they fuck with me.  I'm too invested, I'm too emotionally charged at this point in the season.  My plan was to wait until I wrapped, then digest the wave of snarky, inaccurate opinions.  But my wife insisted that I read Tim Goodman's review of season four.  Really insisted.  You have to fucking read it, were her exact words.  My wife doesn't throw around the F-bomb as frequently as I do, so I heeded.

Tim's review was incredibly satisfying.  It was really delightful to have someone not in my employ understand and appreciate the efforts we are making.  Yes, it's a good review, so it was easy to digest, but more importantly it was a thoughtful review that looked at the series as a whole.  Tim gave credence to my struggle and desire to effectuate a vision.  Something most reviewers don't have the time, brains or desire to do.
Below is the review.  or you can read it at
THE HOLLYWOOD REPORTER.
TIME FOR HAMLET TO MAKE HIS MOVE
Fourth seasons are especially difficult for really good, fan-favorite series. You’ve got the early adopters in Season 1. You’ve got the word-of-mouth-late-comers in Season 2. In Season 3, you have to do something completely different to keep everyone from saying you’re predictable, while also holding on to people who hate that you changed their world.  In Season 4, everybody wants to see if you’re for real. If you can still do it. If your hour (or half hour) is still worth the precious time of each viewer. It’s a season of doubt.
The good news for Sons Of Anarchy fans is that series creator Kurt Sutter leaves no doubt that he’s put the series back on solid ground in Season 4 and, in turn, delivers all of the larger-than-life storytelling that viewers mop up.  But here’s something that’s important to understand: No matter what you thought of Season 3 (there was some uncharacteristic fan grumbling about splitting time between Charming and Ireland) what Sutter did in that year was absolutely essential to the series as a whole, to his continued development as a showrunner and storyteller, and it laid the groundwork for Season 4.
Once you step into Season 4, you’ll see that. The stakes are higher than they’ve ever been, as much of the Sons upper level club get out of jail after 14 months. They come home to a changing Charming. There’s a new sheriff in town, literally (Rockmond Dunbar, who more than holds his own: “Next time I see anyone who got out today wearing cuts, well, they’ll belong to me.” His character is referred to as Wild Black Hickock). Charming is changing, literally. And the Feds are poised for a take down – a well-conceived plan to hurt the club and its allies, stretching all the way back to Ireland. (The character of Lincoln Potter, Assistant United States District Attorney is played with weird intensity by Ray McKinnon, who Deadwood fans will remember was the crazy preacher in Season 1).
What Sutter and his writers have done here in Season 4 is bring the story home, give it a reason for being – not just your run-of-the-mill set of challenges for the Sons. Season 4 is about evolution – and that’s what you can really get at with some authority in a pivotal season. The timing is perfect. Viewers know the club history, the alliances, the difficult past. There have been three seasons of letting it ride. But in Season 4, Sutter is going to delve deeply into the main conflict of Sons Of Anarchy – how Jax (Charlie Hunnam) wants to break free of the club and what that means to Clay (Ron Perlman), Gemma (Katey Sagal) and the future of Jax and Tara (Maggie Siff) and their two sons.  Yep, No. 2 is here.
In any case, loyalty and freedom are key elements to Season 4. And they play out slowly amidst some typically thrilling chaos and mayhem that Sons Of Anarchy has proven adept at dishing out. (By the way, the opening scene of the first episode basically allows director Paris Barclay to make a fist-pumping music video as the boys get out of jail and walk in slow-mo, past the barbed-wire fences to get their cuts on and get their bikes moving. That's going to start the blood pumping among the faithful).
Sons Of Anarchy has always delved in high drama (and heightened drama), but makes it compelling enough to  somehow be more artistic and intriguing. Now that the Hamlet element has moved to center stage,  Sutter is going to be able to play with both interior and exterior drama.  Look no further than this gem from the first episode, which highlights the central conceit of Season 4: “I’m done with SAMCRO,” Jax tells Tara “The bond that holds this club together isn’t about love or brotherhood anymore. We lost that a long time ago. It’s just fear and greed now.” (I originally thought Jax said "beer and greed now," which I think would have been more accurate...someone get rewrite.)
Anyway, that’s a great way to get into Season 4, because you know getting out – for Jax – is going to be a lot harder than just dreaming about it, like his father.  “I’m not my father,” Jax says. “I’m not weak.”
Let’s get this started.
Posted by Anonymous at 9/07/2011 10:45:00 AM 87 comments: